Sign up to donate some of your time to help the women and families battling breast cancer in PA.

Find an event in your area and help support the PBCC!

Home
>
About Us
>
Our President And Founder 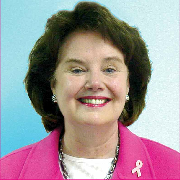 
Pat Halpin-Murphy is the President & Founder of the PA Breast Cancer Coalition. Founded in June of 1993, the PBCC is a statewide non-profit designed to extend public awareness of breast cancer, and to encourage increased public and private funding for research, legislative advocacy and high quality screening, diagnosis and treatment.

She is a Gubernatorial Appointee to the Pennsylvania Cancer Advisory Board and has been appointed to the Board by four successive governors. As a board member, she assists in the development of Pennsylvania cancer plan and guides the PA Department of Health (DOH) on breast cancer-related issues.  Pat also oversees the PBCC’s Refunds for Breast Cancer Research program which has raised and awarded more $3 million in grants to outstanding cancer researchers in PA. In addition, Pat acts as an Advocate Member, representing breast cancer survivors, on the Board of Directors for the NSABP (National Surgical Adjuvant Breast and Bowel Project).  Additionally, Pat serves on the Patient Advocacy Committee of the Coalition of National Cancer Cooperative Groups, Inc.  Previously, she served as a member of the University of Pennsylvania Breast Cancer Advocacy Board for the P2 trial, as well as participating in RTOG’s consensus group on whether or not women who have four or fewer positive nodes should receive radiation.  She also co-authored both editions of the book “Breast Cancer: Covered or Not? A Guide on Insurance.”

In 2014,  Pat was recognized with a White House Champion of Change Award for her unparalleled work advocating for women's health care and insurance coverage and was honored by Governor Corbett and First Lady Susan Corbett as the first recipient of the prestigious Hannah Penn Award for Civic and Volunteer Leadership. Pat was also recently recognized by the governor as a Distinguished Daughter of Pennsylvania.  She has been selected by the National Governors Association to receive its Distinguished Service to State Government Award and honored by the Pennsylvania Commission for Women with the Women Change America Award.

As the Pennsylvania Breast Cancer Coalition's Founder and President, as well as a breast cancer survivor, Pat is totally committed to finding a cure for breast cancer now... so our daughters won't have to.

Pat is an avid political scholar and committed public servant.